Comcast coming to the OBX

According to news reports it appears that Charter communications will be giving up its cable franchise on the Outer Banks to Comcast Corp. the nation’s largest cable provider.

In Sunday’s Virginian Pilot newspaper there was a business brief note that indicated that filings with the U.S. Securities and Exchange Commission last week showed that there has been a deal made between Charter Communications and Comcast where Charter will be giving up its customers in Suffolk, Franklin, Isle of Wight, as well as customers in Accomack County on the Eastern Shore of Virginia.   Additionally customers on North Carolina’s Outer Banks from Corolla to Hatteras will transfer to Comcast. 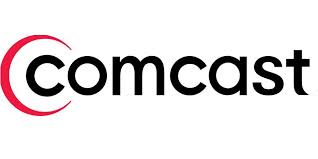 There has been an ongoing battle between Comcast and Charter to take over a third cable operator, Time Warner.  Charter agreed to step aside and let Comcast win, in exchange for a swap of customers that will make Charter a bigger company.

There was no timetable announced on when the transition from Charter to Comcast will take place.

by Tim Cafferty time to read: 1 min
Uncategorized Kill Devil Hills – One of the BEST!
Uncategorized Flying Pirate Half Marathon a GREAT Time!
0