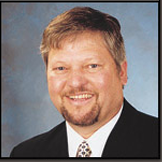 This week’s Memory Monday submission will have a different approach if you can indulge me. The idea of Memory Monday was to have folks take a look at someone else’s vacation pictures and breathe deeply and for a few moments take a mental vacation then think what a great spot the Outer Banks is for us all.

This week I want to share some pictures and take a moment to remember a friend. R. Stewart Couch was the owner of Hatteras Realty. He left us all too soon last week when he passed away while on vacation, doing what he loved – surfing, with friends in Nicaragua. Stewart Couch has been described in the last few days as larger than life, a pioneer, a business icon, a visionary, a trend setter in the vacation rental industry, and as a great dad. He was my mentor, he was my professional yin to my yang, and he was always there for me whenever I needed him. Stewie was my friend. To say he will be missed is trite, but never so true.

Our friendship started in the early 1990’s at a Vacation 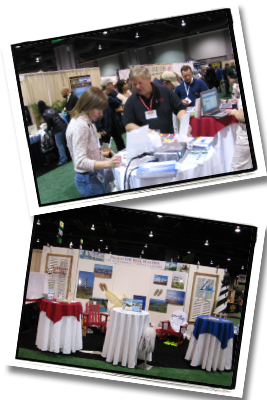 Rental Manager’s conference in Chatham, Massachusetts of all places. We shared a room that weekend to save some money and it was a bond that would last for the rest of our time together. We ran in the same circles and although we were in the same business on the Outer Banks we never considered ourselves competitors. I would send my employees to his office to learn, he would send his folks to my office to steal any ideas that they could (kidding), and we would openly share training ideas as well as marketing efforts. In 2005 we started to attend travel shows together. We would stuff our vehicles, hauling 10 employees, charter boat captains, local celebrities and every promotional thing we could think of that would sell the Outer Banks including a 6 foot tall replica Cape Hatteras lighthouse (gosh that thing was big!). We went to New York, Washington, Atlanta and other places to spread the joy of an Outer Banks Vacation. We (meaning Stewart) came up with the idea of distributing pirate hats with our company logos on the back, and it was quite a sight to see 300 kids and adults walking around a travel show with an eye patch and a felt pirate hat while there were easily 50 people standing in front of our display wanting to know about the Outer Banks due largely to Stewart’s marketing prowess. If we gave out one pirate hat we gave out 10,000! Those travel shows were epic events and I dare say no companies have ever promoted the Outer Banks 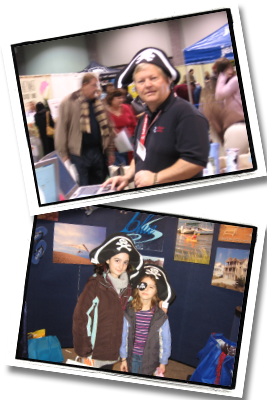 Over the last few years I never knew when I would see him next, but I knew it would be unexpected. It may be at the airport as he was headed off to some corner of the world for another surfing adventure, unexpectedly at a trade show hours away from home, at a high school football game in the region as he was gushing about his daughter who played in the marching band, at a REALTOR meeting locally or on the state level, or randomly at some shopping mall as he was looking for a gift for his daughter. He even just “showed up” one day at my office years ago when we were doing a planning retreat and trying to formulate a company mission statement. He stayed for two days! To this day I’m not sure if we at Outer Banks Blue are working off of my mission statement or Stewart’s! He would often just pop in my office to say hi or he would call me out of the blue to tell me about his latest challenge, but whenever I heard from him the conversation always started the same “What’s happenin’ Timmy (He’s the only person in the world that called me Timmy)? There was always a smile in his voice, and a genuine interest in what was driving me that day. Oh yeah, and he was one of the funniest people I have ever met. He cracked me up constantly!

He gave me great business advice like “you are not truly 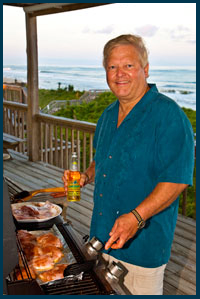 committed as a business owner until you have to choose whether to put this week’s payroll on your credit card” (He was right), and he spun great yarns that I’m still not sure are true like the time he told me of him selling an oceanfront lot to a woman that he discovered was an ardent shell collector. The sale of that lot was guaranteed when he was showing the vacant lot to her one last time and she discovered all manner of exotic shells from around the world ironically scattered on the beach behind that specific lot (a sign she should buy this property!). He smiled when he said that some of those shells happened to still have the price tags on them from when he picked them up earlier that day at the shell shop and forgot to take the tag off before tossing them out on the sand before the final showing. He claimed the buyer of the property was never wise to his sales closing technique.

Stewart was a gifted visionary in business. He was always thinking of ways he could differentiate his company (Hatteras Realty) whether it be through the hiring of his beloved “Amigos” (Students from Mexico who relied on Stewart for a job, a place to live and an adventure of a lifetime working for the summer on Hatteras Island with his company), the construction of a state of the art office building with the largest conference room on Hatteras Island, the availability of an ingeniously heated swimming pool at his office (he painted the bottom black to draw in the heat from the sun) for his guests included at no extra charge, and even the summertime weeknight programs at the “world headquarters” of Hatteras Realty where he hosted cooking classes, a kids program while the adults had a date night, and a genuine Hatteras Island style pirate story telling program that packed the house (pirate hats included of course). He also could rock the house with his electric guitar when called upon. He was fiercely dedicated to his profession. He was a former President of the Outer Banks Association of REALTORS, He was a national director of the Vacation Rental Manager’s Association, and he was just elected as Vice President of the North Carolina Association of REALTORS. When there was an industry issue you had to put your running shoes on to be in front of Stewie. He was a tireless advocate of the vacation rental industry often reminding elected officials of the hundreds of millions of dollars of economic impact that renting houses brings to the coast of North Carolina.

But most of all when I think of Stew I think of his love for Hatteras Island. He came by it naturally as his father was one of the pioneers in business on the Island starting the Red Drum Tackle shop in Buxton in the early 70’s. Stewart was known as a community leader on the island for decades. Even his e-mail address was remenicent of his love for Hatteras Island (it was gullcry@aol.com). He recently wrote on his company’s website: “Everyone has a favorite island. Maui, Manhattan, Tahiti, the magical names just roll of the tongue. My favorite though, is one that sits conveniently off the coast of North Carolina. It is a lovely little jewel with a famous lighthouse that winks a warm welcome to every single visitor every 7.5 seconds. It’s called Hatteras Island, or in my case ‘Home.” Stewart’s brother John may have said it best: “He loved his family, he loved his career, he loved Hatteras Island.”

Stewart is being laid to rest this Thursday afternoon (3/1/12) in his beloved home. His funeral will be attended by hundreds of friends and family that will be there from all over the world. His absence will leave an enormous void for all.

Monday Memory of a Friend