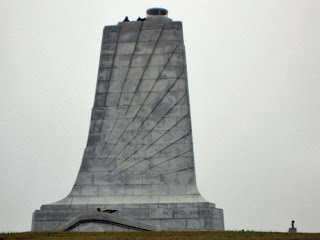 Today my assignment was to travel to the Wright Brothers National Memorial in Kill Devil Hills, NC and report on the 105th anniversary celebration recognizing the world’s first successful sustained powered flight. I was very excited about attending this event especially since it would be my first visit to the memorial site. Taking my seat in the auditorium, I mentally prepared myself for a typical ceremony that would undoubtedly have it’s moments of boredom. But it was quite the opposite. The speakers were wonderful, the stories they told brought you back in time to a place and era much different than what we see around us today. I was struck by the realization that 21st century life and the world as a whole would be so much different if it weren’t for Orville and Wilbur Wright and their courage, tenacity and perseverance towards a personal goal that would change the course of history.

Sitting in the pavilion and looking around at it’s surroundings, listening as they recognize and thank people for coming I am made aware of who surrounds me; descendants of the Wright brothers, politicians of all rankings, many vets of many different wars, historians, pilots, and so many others who just came to be a part of this very important day. 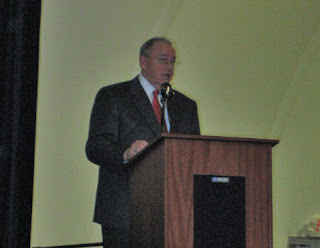 The guest speaker James C. May (President and Chief executive officer of Air transport Association) shared stories and quotes of many famous inventors of our time proving that anything is possible despite what we may believe. He also told several funny but true stories about the man that was inducted today into the Paul E. Garber First Flight Shrine- Herbert D. Kelleher the founder of Southwest Airlines and the winner of many prestigious rewards. Herb is a funny down to earth man that credits his success to his employees. He is a humble man that deserves this honor. He expressed his gratitude and appreciation for the beautiful painting and for being inducted into the Shrine. 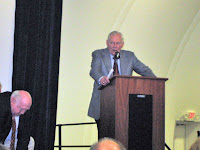 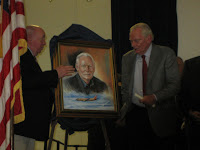 Today, I was moved today in a way that surprised me. Since the flight was cancelled due to the weather, I found time to walk up to the top of the hill where the memorial provided a stunning view of the Outer Banks and the path the first fight taken 105 years ago. Visitors can walk this “runway” and really let their imaginations “fly away!” Standing at this peak, I was profoundly moved by the fact that not only my life, but those living in all notions, would truly be so different if this day in history had not occurred. It also brought to mind my career as a flight attendant and how fortunate I was to travel over oceans and continents, visiting and experiencing wonderful and beautiful things all over this amazing world. I recently found myself jealous of my best friend who just got back from India. She sent me a picture of the Taj Mahal, and although some may not the Wright Brothers’ Memorial to that site, I do believe that the many wonders of the world could not be experienced by thousands of visitors if it were not for the invention of flight!

“In commemoration of the conquest of the air by the brothers Wilbur and Orville Wright. Conceived by Genius. Achieved by dauntless resolution and unconquerable faith.” 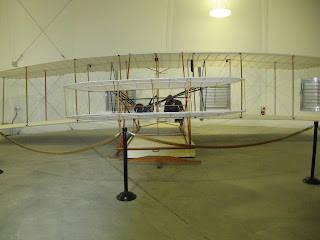 Painting Inside the Pavilion 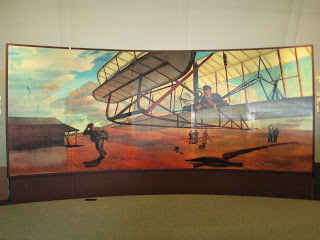 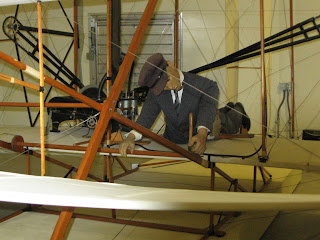 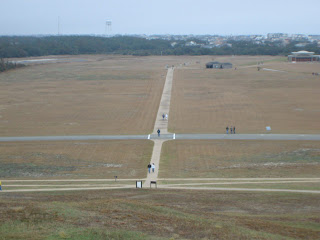 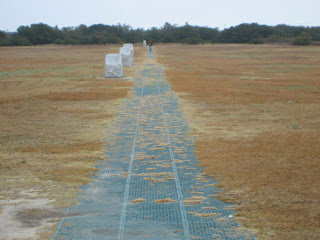